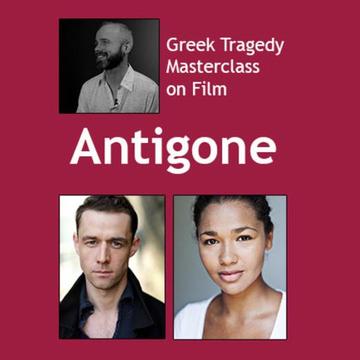 Paul O’Mahony, Out of Chaos

APGRD - Archive of Performances of Greek and Roman Drama

‘Greek Tragedy – Masterclasses on Film’ brings together international practitioners and experts to make a short film about Antigone aimed at online theatre audiences, as well as university and school students. The project builds on the success of Out of Chaos’ Reading Greek Tragedy Online. Last year, in collaboration with Harvard’s Center for Hellenic Studies in Washington, Out of Chaos staged one Greek play per week on Youtube after Covid-19 closed theatres around the world, featuring 75 artists from 8 countries, including leading actors from the RSC, Shakespeare’s Globe and The American Shakespeare Center. The project has over 85,000 views to date. The masterclass film will also build on the success of the recent interactive/multimedia e-Book project developed by the APGRD in Oxford Classics. These have also brought new audiences to the ancient plays and have been of particular value to actor trainers for whom the e-Books’ ‘interactive aspects have added the much needed sense of liveness [during the pandemic], especially for classes that have a workshop element’ [Actor trainer, Tisch School, NYU, 16/6/2020].

This film will explore the central characters of Antigone and Creon, played by two actors who will explore different interpretations through dialogue with a director to show how plays can be re-imagined in performance and through the rehearsal process, alongside talking heads from the creative industries and academia.

The film will be premiered as part of a live event on Friday 11th June at 5.00pm. Watch below, or for more information please click here. Click here to watch the trailer.

Evelyn Miller just finished playing Bianca in The Taming of the Shrew at Shakespeare’s Globe. Other recent credits include leading roles at the National Theatre and RSC. Evvy is an associate director of Actors From The London Stage, and an associate artist of Out of Chaos