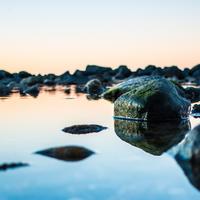 Silence is central to the Quaker way of life. Based on the belief that the experience of your innermost communication with God cannot be expressed in words, silence is not only a part of Quaker worship but is foundational to the religion’s way of conceptualising your place in the world.

To learn from the Quaker community about their conceptions of the value of silence, Kate McLoughlin’s KE project was based at the Oxford Quaker Meeting House. She attended meetings, and provided workshops on poetry about silence for congregants. She says that the aim of the project was to gain ‘the beginnings of an understanding of what silence means to people for whom it is a large part of their spiritual lives. In return, I hoped to give them the opportunity to reflect on their spiritual practice through literature.’

With nineteen attendees, Kate’s workshops explored writing by poets including William Shakespeare, Langston Hughes, Mary Mollineux, and Emily Brontë, among others. She says that ‘For me, putting on the workshops opened up an extraordinarily rich seam of poetry about silence that I hadn’t realised existed.’ From these workshops she has developed a book proposal for an anthology on literature and silence, which has been sent to Yale University Press.