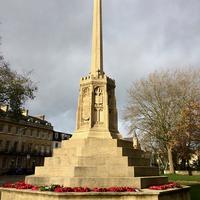 About: The Museum of Oxford is in the midst of a multi-year HLF-funded redevelopment of their permanent gallery space. This is allowing them to expand the range of Oxford stories they tell; including a new section “Oxford and War”, which will examine how Oxford responded to and was affected by 20th-century wars. The Oxford and War addition poses a challenge for the museum, because none of the artefacts slated to appear in it have ever previously been on permanent display. This means that, unlike for example Oxford’s medieval and Anglo-Saxon history – which both featured heavily in the museum’s former permanent galleries – for Oxford and War the museum has no existing research or label content to draw upon to interpret these objects for visitors, and the museum has no permanent curatorial staff.

Hanna’s role is to conduct research on the people and objects of Oxford’s war stories. She will be both diving deeper into stories the museum has already identified, and also searching out new ones to tell us about Oxford and its war history in different ways. She is a recent DPhil History student, having submitted her thesis on First World War memorials and cemeteries in April 2019.

Thousands of people, locals and tourists alike, visit the Museum of Oxford each year to learn more about this city. Thanks to this Heritage Seed Fund grant, Oxford’s war history – a very important part of its story – has the opportunity to be critically researched and engagingly interpreted to become a fundamental part of the story Oxford tells about itself to the world.