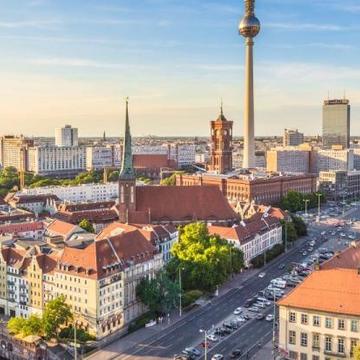 In December 2017, the University of Oxford announced the formation of a new research partnership with four institutions in Berlin: the Freie Universität Berlin, Humboldt-Universität zu Berlin, Technische Universität Berlin and the Charité – Universitätsmedizin Berlin. In its initial stages, the partnership will build on existing research links and also create an environment for taking forward new projects across the five institutions, including all areas of academic research and also within the museums and libraries of both Berlin and Oxford. Its ambition is to allow Oxford academics and researchers to spend time in Berlin, collaborating with colleagues in the Charité teaching hospital and the three Berlin universities, and also enable academics and researchers from Berlin to spend time in departments and colleges in Oxford.

In time, the intention is that the University will establish a physical centre in Berlin, the Oxford–Berlin Research Centre. The partnership has the strong support of the Mayor of Berlin, who has indicated that he will seek to provide a building for the new centre. In the short term, Oxford will establish an office and legal presence in Berlin, which should enable Oxford and Berlin academics jointly to continue to put forward research applications to EU funding programmes as well as to German and British research funders and foundations.

To learn more about the Oxford-Berlin Research Partnership, follow this link.