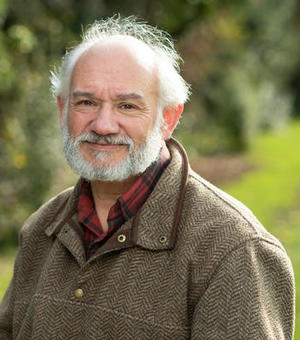 As University Research Lecturer in Ornithology and Conservation, a position unique to Oxford University, I sit both within and between the Edward Grey Institute of Field Ornithology (Department of Zoology) and the Institute of Human Sciences (School of Anthropology and Museum Ethnography). Holding degrees in Environmental Biology, Plant Taxonomy and Ornithology, and having once considered archaeology as a career, my interests were always broad, but my first love was bound to win – birds.

For thirty years I studied the Great Tit population of Wytham Woods near Oxford, with a special interest in adaptation: e.g. of changes in eggshell patterning over years, which increasingly focused my attention on the ubiquitous influence of human activity on bird populations. It was through teaching ecology and conservation in the Institute of Human Sciences at Oxford, however, that I realised that a significant voice was missing from conservation discourse, centred as it is largely between science and politics. These were the voices of millions of people, across numerous cultures and languages, with no professional interest, power or influence, who nevertheless express their concern for nature in general and birds in particular in their own words.

Having always been interested in the naming of birds, my interest in ethno-ornithology was kindled at an International Ornithological Congress workshop in 2006, convened by Sonia Tidemann, with whom I later co-edited the book Ethno-ornithology: Birds, Indigenous Peoples, Culture and Society, (Earthscan 2010). Together with John Fanshawe of BirdLife International, my concern to recognise the unvoiced human appreciation of birds in all its diversity resulted in EWA: The Ethno-ornithology World Archive, of which I am Director. EWA is a collaborative project between Oxford University, BirdLife International and Lynx Edicions, funded by the UK’s Arts and Humanities Research Council, and by public support. Linguistics is the key to ethno-ornithology in general and EWA in particular, a fact which underlines my recent work on the ecological salience of English folk-names of birds. I’m delighted therefore by EWA’s involvement in the Creative Multilingualism programme. Together with EWA’s Linguist Karen Park, I will be working on the project ‘Creating a Meaningful World: Nature in Name, Metaphor and Myth’.