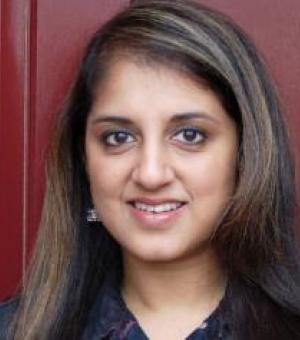 Ankhi Mukherjee is Professor of English and World Literatures at Oxford and a Fellow of Wadham College. Mukherjee’s first book is Aesthetic Hysteria: The Great Neurosis in Victorian Melodrama and Contemporary Fiction (Routledge, 2007). Her second monograph, What Is a Classic? Postcolonial Rewriting and Invention of the Canon, published by Stanford University Press in 2014, examined the residual influence of the Eurocentric canon on postcolonial and world literatures. It won the British Academy Rose Mary Crawshay Prize for Literature in 2015.

Mukherjee's areas of specialism are Victorian literature and culture, contemporary British and Anglophone fiction, postcolonial studies, psychoanalysis, philosophical theory and intellectual history. She has published on a wide range of topics in prestigious peer-reviewed journals in her field: PMLA, MLQ, Contemporary Literature, Paragraph, Parallax, Critique, and others. She has chapters in several collaborative volumes and is on the editorial board of Oxford Bibliographies Online, a flagship OUP project, Women: A Cultural Review, and Postcolonial Literary Inquiry, a Cambridge University Press journal. She has co-edited  (with Laura Marcus) A Concise Companion to Psychoanalysis, Literature, and Culture (Wiley-Blackwell, 2014).

Ankhi Mukherjee is currently at work on two projects: her third monograph, The Psychic Life of the Poor: A City Unseen in Mumbai, London, and New York, and a collection of essays, After Lacan, which she is editing for Cambridge University Press.