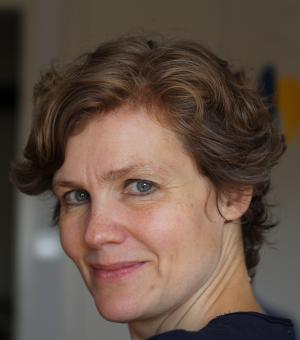 Professor Constanze Güthenke was trained both in Classics (BA Cambridge) and in European and Comparative Literature (MPhil Cambridge, DPhil Oxford), working especially on German and Modern Greek literary and cultural history. She taught for twelve years in the Classics Department at Princeton University (2002-2014), where she was also affiliated with the Program in Hellenic Studies.

Her main research interests lie in the field of antiquity after antiquity, and in questions of the disciplinary shape of Classics and the history of scholarship: why, and how, do classicists ask the questions they ask? She has published a monograph on the literary representations of contemporary Greece in the eighteenth and nineteenth centuries (Placing Modern Greece, Oxford, 2008). Her current book project, entitled Feeling and Philology: Studying Antiquity in Nineteenth-Century Germany, forthcoming from Cambridge UP, is a look at the lasting rhetorical strategies and organizing metaphors of scholarship. She is currently working also on a new project on symphilology and questions of scholarly community, and continues to be interested in the transnational aspects of scholarship, asking what happens to classical knowledge when it migrates between places and contexts (especially in Europe and America). She teaches on a wide range of topics and genres in Greek literature (tragedy, comedy, epic, philosophical dialogue, ancient biography) and their afterlife, as well as on Modern Greek literature and culture. She is also a founding member of the Postclassicisms collective (www.postclassicisms.org), and is currently the editor of the Classical Receptions Journal, published by Oxford University Press.

Since October 2018, she has been a participant in the project Oxford - Yale workshop on Exemplarity, funded by the TORCH International Partnership Scheme.