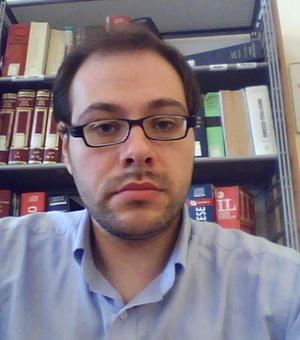 Francesco Veronese completed his PhD in History of Early Medieval Christianity at the Universities of Padua and Paris 8 Vincennes-Saint-Denis in 2012. Then he spent three years (2013-2016) as post-doc fellow of the University of Padua, in the context of the 2011 PRIN project Social conflicts, kinship structures and local communities in early medieval Italy (8th-11th century). For this project he published an Italian edition and translation of the 9th-century moral treaty Institutio laicalis by Jonas of Orléans. Between 2017 and 2019 he was fellow of the Istituto Storico Italiano per il Medioevo in Rome, where he worked on the cult and memory of saint Mark between Italy and Alamannia in the early Middle Ages. He is now charged with teaching activities in Medieval History and Gender History at the University of Padua, Department of Historical, Geographical and Ancient Studies (DiSSGeA).

His research interests cover different issues and sources of the early medieval West. He studies the cult of relics and their displacements in Carolingian and post-Carolingian times (8th-11th century), mostly on the grounds of hagiographical texts. He also works on early medieval kinship structures, gender models, masculinities by the means of legal, moral, and theological texts. He is currently editing, together with Dr. Annamaria Pazienza (Ca’ Foscari University, Venice – University of Tübingen), a special issue of the Mélanges de l’École Française de Rome – Moyen Âge on the mobility of the living and the dead in the early Middle Ages, to be published in 2020.