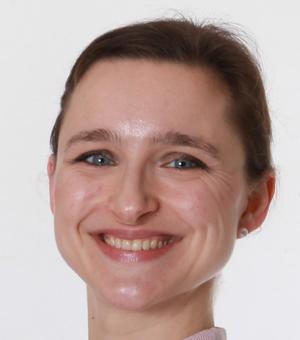 Marijke Denger holds a Ph.D. (2016) in English Literature from the University of Bern. She pursued her doctoral research with funding from the Swiss National Science Foundation (SNSF); her monograph Caring for Community: Towards a New Ethics of Responsibility in Contemporary Postcolonial Novels was published by Routledge in 2019. Marijke has also studied and pursued research at Leiden University, Trinity College Dublin and the Centre for Colonial and Postcolonial Studies of the University of Kent.

Her research interests include Anglophone and Dutch colonial literatures, postcolonial theory and comparative imperialisms. From February 2019 to August 2020, Marijke is funded by an SNSF Early Postdoc. Mobility Fellowship, which first took her to KITLV/Royal Netherlands Institute of Southeast Asian and Caribbean Studies in Leiden (Feb.-Nov. 2019). Currently, Marijke is an Academic Visitor at the English Faculty of the University of Oxford and based at TORCH.

During her time here, she will be doing (archival) research for her post-doctoral project, Empire in the East Indies: Literature, Geopolitics and Imperial Awareness in British Malaya and the Dutch East Indies, c. 1780-1930. Establishing the new concept of ‘imperial awareness’, the project seeks to trace how the British and Dutch developed completely different affective relationships to empire, which continue to impact on their respective societies today. Its objects of study are British and Dutch literary texts about Malaysia, Singapore and Indonesia, written during what was a period of heightened colonial activity in the ‘East Indies’. Literature represented and supported the geopolitical developments that produced different British and Dutch understandings of empire. These contributed to the formation of distinct British and Dutch literary aesthetics, which have so far hardly received joint critical attention. The project will draw on the notion of imperial awareness for a comparative analysis of British and Dutch colonial literatures. Thus, it aims to create a new literary critical tool for assessing how the politics of empire continue to impact on the politics of different European societies today.