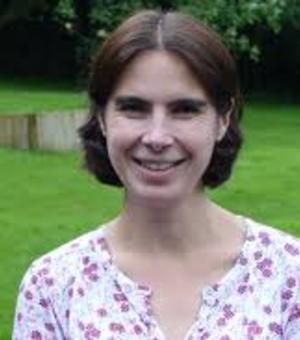 French has always been a big part of my life. My maternal grandmother was French and I still have family living in France, so I travel there frequently for visits as well as for conferences and research. I studied French and Russian at Cambridge, and since then have also become interested in francophone postcolonial cultures. In particular I’ve worked extensively on North African literature in French, but the writers I study are usually also Arabic speaking, and Arabic culture features in their work even though it’s written in the former colonial language. I took some Arabic classes when I was a research fellow in Cambridge, though I didn’t get far in a year and am keen to learn more. I have also worked in francophone Caribbean writers who intersperse their writing with fragments of Creole, and I’m particularly interested in the creative effects of this kind of multilingual writing.

My research has always combined theoretical reflection with literary close reading. My PhD thesis focused on the notion of community in French philosophy and North African immigrant literature in French, and the role of language in creating diverse communities and cultural exchange was an important part of this project. Since then I have published a book on the francophone Algerian writer Assia Djebar, whose work is full of reflection on the significance of using French both as a reminder of the colonial legacy in Algeria and as a tool for self-affirmation. I have also published a book on poststructuralism and its anxiety about the language of theory, as well as a student introduction to postcolonialism with chapters on key francophone theorists of multilingualism such as Abdelkébir Khatibi and Edouard Glissant. More recently I wrote a book on francophone intellectuals and decolonisation which explored in particular the alienation caused by their use of French as well as their use of formal and linguistic experimentalism to imagine new ways of constructing local culture. In 2017 I published a book on francophone North African literature since the 1980s, a body of work which again is constantly preoccupied with language use and the relationship between French and Arabic, Berber and other cultures in the region.

Our strand on ‘World Literatures’ will provide a forum for me to explore francophone literature alongside other multilingual literatures and to gain a broader sense of how literature can think about the relationship between languages and idioms. I’m excited to be working with Professor of Arabic Wen-chin Ouyang, and am hoping to develop a better knowledge of Arabic culture and literature and their dialogue with other languages from the nineteenth century onwards.