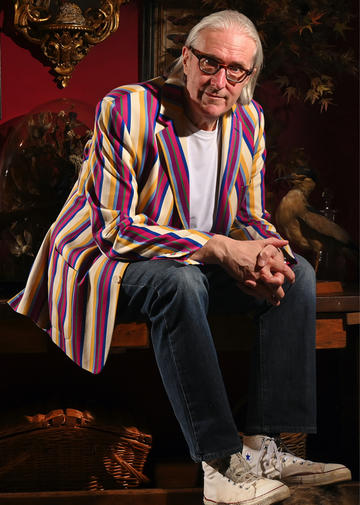 John Harle is an Ivor Novello award-winning composer, saxophonist, record producer and educator whose work spans across musical genres from classical to contemporary pop. John is the composer of operas, around fifty concert works and over 100 film and TV scores including the theme to BBC1's Silent Witness and the epic score to Simon Schama’s A History of Britain. He is the recipient of an Ivor Novello award and two Royal Television Society awards for Best Music.

John was appointed the youngest ever Professor at the Guildhall School of Music and Drama, starting the saxophone department at the age of 26, and his teaching has produced many of the leading players of today, including current Decca artist Jess Gillam. At Guildhall, John is Director of The Leadership Academy and he is Professor of Music & Interdisciplinary Practice, leading The Bauhaus Band, a 16-piece ensemble that brings together students from the Jazz, Classical and Composition Departments. John is also a professor of Electronic & Produced Music in the Electronic and Produced Music Department, and of Saxophone in the Wind, Brass, Percussion Department, where he leads the teaching of the Masters saxophone students.

2022 saw the start of John's annual Bauhaus Festival, a multi-media collaboration with Guildhall Production Arts. The Bauhaus Festival is a celebration of the artistry of Guildhall students in an interdisciplinary programme of original cinema, music and art projects. For more on John's work on the Bauhaus, see his recent blog post on his website.

Working with his two main ensembles, The Berliner Band and The John Harle Band he has produced a wealth of original material, specialising in music from the Weimar period and contemporary fusion music. John was lead saxophonist with the Michael Nyman Band for fifteen years, and was Musical Director of the band on tours in the US, UK and Japan.
He was musical advisor and producer to Sir Paul McCartney for six years, and other major collaborations are with Elvis Costello (Terror and Magnificence/Decca Argo) and Marc Almond (The Tyburn Tree/Sospiro Records). He is the author of The Saxophone (Faber Music), the definitive reference work on saxophone playing and performance.

John's recent 20-album release, The John Harle Collection (Sospiro Records) is in aid of the Help Musicians Coronavirus Hardship Fund Phase 2,  and consists of mainly unreleased archive recordings of compositions and performances from 1977-2020. 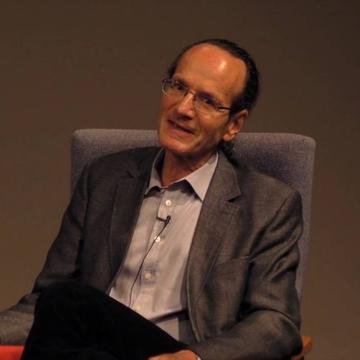 Tom Kuhn’s main research interests are in political literature in the 20th century. He has worked particularly on Bertolt Brecht, and is the series editor of the main English-language edition of Brecht’s works. In addition, he has written on exile and anti-fascist literature, and on more recent drama. He is currently leading the ‘Writing Brecht’ project on the cultural transmission of Brecht. Outputs include several major new publications of Brecht’s work in English. He is also working on a book on Brecht’s use of visual art and other pictorial material.

Humanities Cultural Programme, one of the founding stones for the
Stephen A. Schwarzman Centre for the Humanities.