Recreating the Music of an Ancient Greek Chorus: Euripides' Orestes 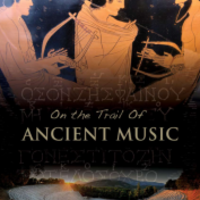 'Recreating the Music of an Ancient Greek Chorus: Euripides’ Orestes'

The most valuable evidence for the music of ancient Greek tragedy is a papyrus fragment with Greek musical notation (alphabetic signs) from part of a chorus of Euripides’ Orestes, a tragedy produced in 408 BC. Recent scholarship has illuminated its principles of composition, allowing for a tentative recreation of the whole choral episode. In ancient times 15 choral singer-dancers would have been accompanied by a double-pipe (aulos), and recent reconstructions of replica auloi have indicated the range and timbre of the instrument. The aim of the project is to complete a score for the choral episode and have it performed by singers to the accompaniment of the aulos, thus providing the first ever scholarly recreation of an ancient chorus. Stages of the project will be filmed by Oxford Digital Media with the aim of presenting a pilot film to be pitched to commissioners of national television programmes.

Professor Armand D’Angour, an Associate Professor in Classics, has won a Project Award in this year’s Vice-Chancellor’s Public Engagement with Research Awards, which celebrate public engagement work across the University. The announcement was made at an awards ceremony at the Oxford University Museum of Natural History on 28 June hosted by Vice-Chancellor Professor Louise Richardson. Professor D’Angour’s project was recognised in the Communication category of Project Awards - for activities that have informed and inspired the public about research.

Professor D’Angour’s award-winning project Ancient Greek Music: hearing long lost sounds again recreated the scores for two major ancient musical documents, the Orestes chorus and Athenaeus paean, and several minor ones. The project derives from scholarly research that has recreated the sounds of ancient Greek music from notation that has been preserved on stone and papyrus, and by reconstructing ancient instruments from the relics of the originals and illustrations on Greek vases.

The scores were worked on in collaboration with singers and musicians, and performed at events to live audiences in schools, theatres, museums, and online and on national television, including:

- A live performance of the Mesomedes hymns and Seikilos Song in the British Museum to an audience of over 300.

- The first theatre performance of an extended Orestes chorus on stage in Poland.

The project has raised the profile of classics scholarship and demonstrated that ancient music reconstruction is not just feasible, but also musically convincing and illuminating, with the power to engage public audiences. The musicians involved reported that they have derived great benefit from their participation.

The Vice-Chancellor's Public Engagement with Research Awards recognise and reward those at the University who undertake high-quality engagement activities and have contributed to building capacity in this area. Professor Armand D’Angour’s award was one of six winners in the Project category of the awards.