2020-21 | Power and Pain: Spectacles of Court Corruption on the Early Modern Stage 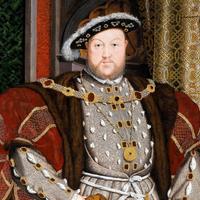 This project was originally conceived of as a three part series, taking place over a week. It was a collaboration between an early career researcher who specialises in early modern drama, and Lucy Askew, Chief Executive of Creation Theatre. The project was intended to explore Shakespeare and Fletcher's little-known play, 'Henry VIII’ – itself a collaborative work – and the practicalities of performance, introducing the public to the stages of developing a production from page to stage. The primary question was: how does the performance of lavish, visual spectacle ('pomp and circumstance') affect our understanding of this complex history play? Due to the pandemic, this work was moved online and made into a successful rehearsed reading on Zoom which was widely attended (audience of c. 150), recorded for YouTube, and accompanied by a Q&A.

In early 2021 due to the continued restrictions of the pandemic, and the development of Creation Theatre's digital skillset the project evolved. The partners decided to continue the project’s aims of investigating the stage directions and performance of lavish early modern plays by offering a complementary production – ‘The Duchess of Malfi’.

The plays are contemporaneous, written and performed in 1612 and 1613 respectively. Both are famous for special effects and claustrophobic settings. Both illuminate the corrupt world of the court and the power plays between family members which can lead to death. The team applied their findings on the performance of history to the famous tragedy of The Duchess of Malfi, in order to investigate, as with Henry VIII, whether it is more dependent on spectacle than speech.

The resulting production was performed online in spring 2021, and a reflective report was produced on the entire process of knowledge exchange and performance.