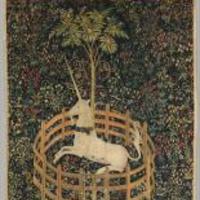 Storming Utopia is a research project, a theatre project, and an ongoing experiment in community.

It is a story about life on an island — a mash-up of themes and stories from the ‘early modern’ period with the life experiences of a range of inhabitants of contemporary, post-Brexit Oxford.

Early Modern texts such as Shakespeare’s Tempest, More’s Utopia, Rabelais’s Chronicles, Montaigne’s Essais, Jean de Léry’s mid-sixteenth century account of his journey to the ‘New World’ of Brazil — all these (and others) make new, exciting, and profound kinds of sense in the modern political geography of the not quite ‘brave new world’ in which we now live.

Our new intergenerational show, generated as a partnership between Oxford University, the Pegasus Theatre, and the Cini Foundation in Venice, brings alive the conflicts, tensions, and hopes that animate the lives, and loves, of our diverse city communities, here, today.

The project’s aim is local as well as global: we aim, both through our research and through our creative practice, to build bridges between the many islands that constitute the political geography of contemporary Oxford.

This project was made possible thanks to the generosity of out partner organisations: