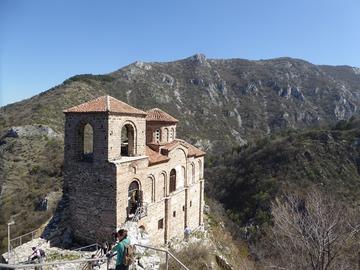 The Graduate Conference in Late Antique, Byzantine and Medieval History is an annual graduate exchange organised between the universities of Oxford, Princeton, Vienna, Berlin and Mainz. This year is the twentieth exchange, and over the last two decades the initiative, started by Oxford, Princeton and Vienna, has expanded both in its scope and in the number of institutions involved.

The conference is hosted by each institution in turn and offers an opportunity for (usually advanced) graduate students to present their doctoral research before an audience of international specialists and other graduates in their fields. It is an excellent opportunity for graduates to build lasting relationships with their contemporaries at other major institutions, whose work may prove of interest in the fields of Late Antique, Byzantine and Medieval History, as well as a chance to have the input of senior scholars across Europe and the world.

Since March this annual graduate exchange has been co-funded by the TORCH International Partnership Scheme.