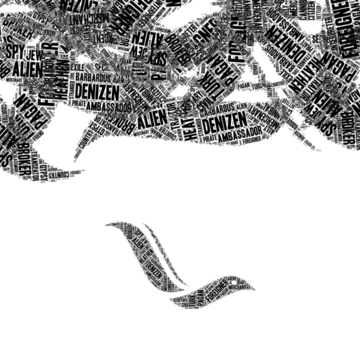 Alien, stranger, foreigner, traitor, exile, citizen, convert – these are among many of the words and concepts that emerged in the sixteenth and seventeenth centuries, as travel, trade, and human mobility shaped English debates about what was familiar and what was not, who belonged and who did not. TIDE (Travel and Transcultural Identity in Early Modern England 1500-1700) is an European Research Council funded 5-year project led by Professor Nandini Das, which delves into the development of such terms, and excavates the lives and stories they shaped in that early period of the nation’s history, before the rise of the British Empire.

Using TIDE’s research, our musicians and spoken word artists engaged in a unique collaboration online, as they explored these terms and concepts through words and music, asking:

- What do those words mean to us now?

- How does knowing their meaning and migration, change our social world?

- Can we communicate across form, distance and time to explore the politics of translation and its lived realities?

TIDE Salon will take its users on a journey through this collaboration, beginning in Tudor England, and opening up a conversation in England here, and now.