A tribute to the "godfather of multiculturalism" 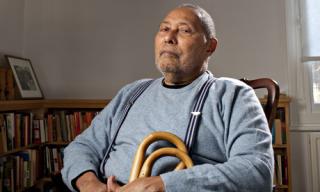 This Friday 14 February, there will be a special seminar in the Race and Resistance network's series.

They dedicate their seminar to the cultural theorist Stuart Hall, who died on 10 February.

All welcome. This is an opportunity to learn about "one of Britain's leading intellectuals, the sociologist and cultural theorist Stuart Hall, who has died age 82. Known as the 'godfather of multiculturalism', Hall had a huge influence on academic, political and cultural debates for over six decades." Read more about Stuart Hall in The Guardian article here.

They do not expect attendees to be experts and welcome those who would like to learn about this influential figure.

There are two precirculated readings: Life and Times of the First n the New Left and Cultural Identity and Diaspora

A sandwich lunch will be provided.