All That is Solid Melts into Sound

As we move from the Monumental to the Aural strand of the ‘Post-War’ Series, we enter exciting new territory. We don’t have an academic musician on the research team, though we have varying degrees of amateur expertise (Catherine does choral singing, for instance)—and, of course, this term is not just about music but about every kind of sound and its absence. In our brainstorming session, we tried to think of as many commemorative sounds as we could. Our idiosyncratic list was as follows:

You can see how our minds were working. We then began to think about the questions and issues surrounding aural commemoration. Here are our first ideas:

We honed these down to some more specific questions which we will feed in to our discussions over the term:

To end on a personal note: I was lucky enough to be invited to the service in Westminster Abbey commemorating the centenary of the outbreak of the First World War on 4 August 2014. The violinist Jennifer Pike played Vaughan Williams’ The Lark Ascending, composed in 1914. As the high notes of the violin floated upwards into the roof of the Abbey, I felt a sadness that I’ve rarely experienced when reading First World War poetry. If I tried to tell you what the sounds encapsulated, I wouldn’t be able to find the words. Come along and hear the piece for yourselves, performed by the New Zealand violinist Annabel Drummond in Remembrance, the free concert in Oxford’s Sheldonian Theatre that concludes our Series on 2 June 2018. 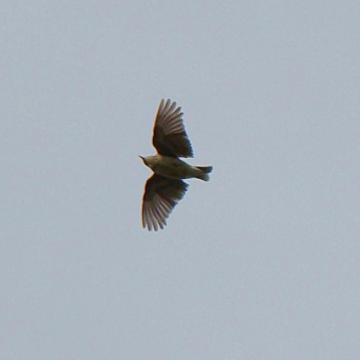