Reflections on the 2021 TORCH Pitching Competition

Recently, my proposal for a three-part radio documentary called The Post-Pandemic City was presented to commissioners at BBC Radio 4. Drawing on my first book, Paris and the Parasite, it asked what it means for a city to be healthy as we emerge from the Covid-19 pandemic. Looking back through history at the ways hygiene has shaped our cities—politically, ecologically, and visually—the documentary sought to challenge the idea that cleanliness equals health.

I developed this pitch over the course of several sessions organised by Tasha Patel at TORCH and led by the producer Samir Shah. The first session, an online workshop in which Samir explained what commissioners are looking for, took place in June 2021, two days after my book was published.

The timing was perfect. I was in the process of distilling the book for different audiences, and also doting on its loose ends. The manuscript had gone to the editor early in the first lockdown. I had watched the pandemic unfold as it moved through the editorial process, but couldn’t add a chapter to address the obvious resonances. A documentary would enable me to reach a larger audience and address the pandemic as the elephant in the room.

One of the best pieces of advice Samir gave us was not to be afraid of being scholarly. An idea might seem too obscure to attract an audience, but it was all about how you told the story.

That advice took time to internalise. While I was initially drawn to the idea of a radio documentary because I wanted to talk about cities and Covid, as the workshop drew closer, I found myself shrinking the scope out of fear. When Samir invited us to test our ideas at the end of the online workshop, I suggested something about French street art (‘you know Banksy, but now meet the French artists who inspired him…’). That was easy to explain and easy to imagine on television. But Samir was not sold.

The next step was to submit a written pitch. I decided to submit what I actually wanted to talk about, even if it was too high-concept. To my surprise, Samir asked to meet one-on-one.

At that meeting, we discussed the medium, scope, and how to frame the documentary. I then put together an outline for three episodes, and Samir took it to BBC Radio 4.

Unfortunately, my pitch was not successful this time, but the TORCH Pitching Competition has taught me a lot about how documentaries are made. The process is simpler and involves fewer compromises than I imagined. The competition has also helped me understand what people outside of academia connect to in my research, and it has shown me that communicating my work with them is more about storytelling than about simplification.

Perhaps most importantly, it has given me the confidence, as an early career researcher, to call myself an expert.

While The Post-Pandemic City will not be on the airwaves, I am already thinking of what a documentary of my next book would look like.

Macs Smith is a Career Development Fellow in French at Queen's College interested in the intersection of the body and media.

Back to Creative Industries 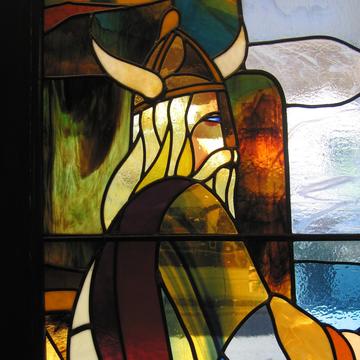