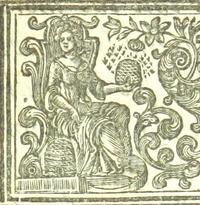 The ‘Gender and Authority Network’, funded by The Oxford Research Centre in the Humanities (TORCH), aims to explore and question received notions of social and cultural authority, specifically as they intersect with issues of gender. Starting from a large-scale international conference held at the University of Oxford in January 2016 (‘Women and the Canon’, Christ Church), over the past two years the ‘Gender and Authority Network’ has hosted a series of seminars and lectures from scholars from both within and outside the University of Oxford, all addressing the pivotol issue of gender and authority. The Network has also successfully reached out to non-specialist audiences through its popular blog and podcast series BOSS.

About the Edited Volume

Both the academic community and the wider public have recently been increasingly engaged with the topic of gender and authority. Who gets to speak, and who holds ‘authority’ in the arts, in the public sphere, in academic institutions and in politics? From the designing of school and university curricula to the authority of victims of abuse, from the adoption of inclusive language to the identification of stereotypes and structural inequality, there is an urgent need for scholars to reflect critically on the production and reproduction of hierarchies, values and power dynamics, inside and outside of academia.

The present edited volume will bring researchers working across different disciplines, periods and geographical contexts into conversation in order to advance our understanding of the question of authority in the artistic, cultural and socio-political fields. It will include contributions in Linguistics, Literature, Visual Arts, Theology and Religion, Politics and History, as well as a distinctive intersectional perspective on race, class and sexuality. The aim is not to provide an all-encompassing overview of the issue of authority and of the fields to which the concept may be relevant, but rather to illustrate the productiveness of this particular focus through specific examples.

We are planning to publish the volume as part of the Routledge Interdisciplinary Research Gender series, from whose editor we have already received an expression of interest about this project.

The volume will combine selected and revised proceedings from the ‘Women and the Canon Conference’ and the ‘Gender and Authority Network’ with invited contributions from established and emerging scholars. In addition, we are currently considering further contributions to be included in one of the volume’s disciplinary sections. Areas of investigation might include, but are not limited to, the following sub-topics:

Section 1. Language, Literature and the Arts

If interested, please send an abstract (200 words) and a short bio-bibliographical profile (max 100 words) to the Editors at adele.bardazzi@mod-langs.ox.ac.ukand a.bazzoni@warwick.ac.uk by 16 March 2018. Please indicate to which section you would like to contribute with your paper.

Dr Adele Bardazzi is Lector in Italian at the University of Oxford, where she completed her PhD in 2018. She co-founded the Gender and Authority Network.