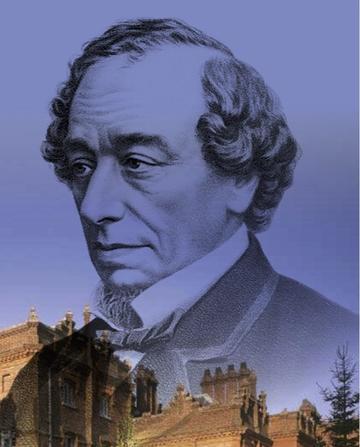 An inaugural series of talks and speeches has been announced by the National Trust, to be held in late April at Hughenden Manor, near High Wycombe, country home of the remarkable Victorian Prime Minister, Benjamin Disraeli.

The events, taking place on the evenings of 23rd and 24th April, are the result of an exciting new collaboration between the National Trust and Oxford University, and intended to celebrate the power of oratory.

On Friday 24th April, a private audience will be held by Lord Douglas Hurd former Home Secretary and Foreign Secretary, and author of numerous published works including ‘Robert Peel, a Biography’ and more recently ‘Disraeli or, The Two Lives’ (co-authored with Edward Young). See the event details here.

Hughenden was the much-loved home of Queen Victoria’s favourite prime minister from 1848 until his death in 1881. Disraeli was well known for his flamboyant style, his powers of persuasion and his cutting wit, most in evidence when delivering speeches at the dispatch box in the House of Commons.

National Trust General Manager, Jim Foy, says: “We are delighted that such fine academic and political minds are coming to Hughenden to celebrate Disraeli’s legacy to the country and the local community. The talks will take place in a marquee in the gardens and members of the audience will also have the chance to see the main show-rooms at Hughenden when it is closed to the public.”

Knowledge Exchange Fellow - Thames Valley Country House Partnership Project, Oliver Cox, says: "This two day series of talks is the culmination of nine months of collaborative work between Hughenden Manor and TORCH, which has also resulted in an exciting reinterpretation of the ‘Congress of Berlin Room’. We’re excited to play a role in bringing the stories of Hughenden and Benjamin Disraeli to as wide an audience as possible.”

Tickets, price £25, will include a glass of wine. To book please see National Trust website or phone the National Trust booking office on 0844 249 1895.  For further information, please contact the Hughenden estate office on 01494 755573.

The TORCH Network Celebrity Research is running a one-day conference. Please click here for the deails.