In conceptualizing the Monumental strand of the Series, we have been working with the widest definitions possible. The monu bit of ‘monument’ relates to reminding and warning (Latin monēre, cf. ‘monitory’); the ment describes the result of the action of the verb. Monuments are literalized forms of memory and admonition; they remember, monitor and instruct. Among the monuments for discussion in this strand are sculptures, sites, installations, museums, archives, graves, objects, religious venues, carvings and shrines.

Dr. Jane Potter, who is chairing the first workshop of the Monumental strand, is a literature specialist, Reader in Publishing at Oxford Brookes University. But she is no stranger to thinking about the material. Her monograph Boys in Khaki, Girls in Print (2005) opened up the First World War canon to include previously unheard women’s voices. But these voices are not disembodied: they are set in a very visual and tactile culture, illustrated by book-jackets, advertisements, columns about clothing and cooking, collecting and hobbies. This is ‘thick’ literary history, to adopt the terminology of Clifford Geertz—a combination of the textual and the monumental.

Jane, who has written a biography of Wilfred Owen, is now working on an edition of Owen’s letters for Oxford University Press. Letters, too, live in that overlap between the textual and the monumental. Letters are for keeping, for folding up and unfolding (again and again), for tracing over with the finger-tips, for sniffing, for slipping under the pillow, for leaving in niches, for watching out for, for crying over, for rereading—years later—with a smile. We are fortunate to have this scholar of materialist First World War culture to lead us into our latest mode. 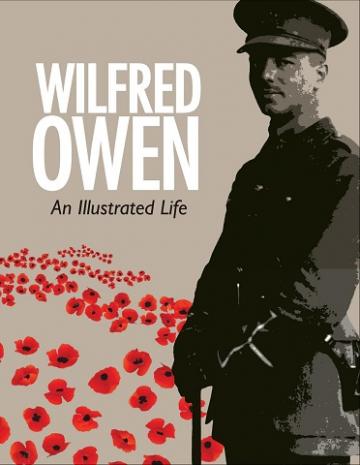