The novelist and short story writer Rachel Seiffert, author of The Dark Room (2001) (shortlisted for the Man Booker Prize and The Guardian First Book Award), Field Study (2004), Afterwards (2007) (longlisted for the Orange Prize), The Walk Home (2014) and A Boy in Winter (2017), joins us as a panellist for Textual 2: Conflict and Community.

‘How does it feel to be on the wrong side of history?’ Seiffert asked in a recent piece for The Guardian.  It is a question she has explored throughout her fiction, most often in relation to her German heritage.  ‘My grandparents were Nazis,’ she wrote baldly in the same article.  ‘I can’t remember a time when I didn’t know this. Opa—my grandfather—was in the Brownshirts, and was later a doctor with the Waffen SS; Amfi, my grandmother, was an active party member.’  Nonetheless, she loved her grandmother and treasured family memories of her grandfather, who died before she was born.  This personal genealogy allows Seiffert to understand Vergangenheitsbewältigung—dealing with the past—both on an individual and on a national scale.  Quickly, insidiously, her fiction shows, decent unassuming folk are swept up by the tide of events.  Their culpability becomes an intractable legacy for their descendants, who feel, in Seiffert’s words, a ‘complicated love’ towards their forebears.

A Boy in Winter, published earlier this year, is set in 1941-2 in the Ukraine.  It is a novel of snow and secrets; the dwellers of the sparsely populated marshlands communicate with each other across hamlets by banging spoons on metal vessels.  The unnamed town at the novel’s centre is reeling from the damage inflicted by the Red Army but there is now a new menace to contend with: the Germans.  (I was reminded of a visit I made to Vilnius a few years ago: after a morning spent looking at the Catastrophe Exhibition, detailing the liquidation of Lithuania’s Jews, the next stop was the Genocide Museum, showing what the Soviets had done to the country.)  Individuals have to make split-second moral decisions when they encounter two Jewish boys who have managed to escape the Nazis’ round-ups.  There is absolutely nothing to be gained from protecting these boys—no, it’s worse than that: death is likely to be the penalty for doing so.  In such circumstances, small kindnesses are nothing short of heroism.  Pohl, a German engineer already unable to bear the knowledge of what he has been complicit in, distracts a patrol so that the children can flee into the darkness: a tiny act of atonement.

What of those who cannot atone?  Afterwards features two combat veterans: Joseph, a painter and decorator who has served in Northern Ireland, and his girlfriend’s grandfather, David, who helped put down the Mau Mau Rebellion in Kenya.  Sharing their experiences allows David to find a certain peace.  But, for Joseph, the only way to move on is to not speak of the past.  Seiffert writes with sensitivity of those suffering from the post-traumatic stress disorder of having been a perpetrator, never losing a clear-eyed sense of their wrong-doings.  It is a delicate path to tread, and she does so with aplomb. 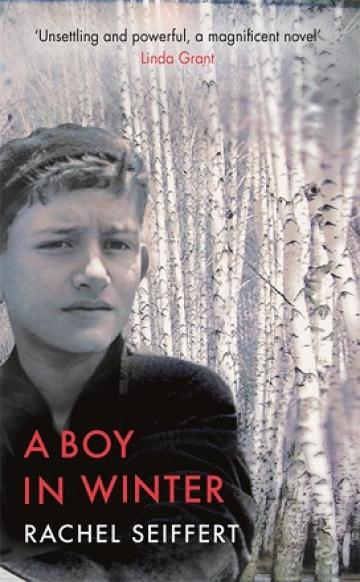