A call for papers exploring different types of spaces, as well as the different groups that encountered each other within these spaces 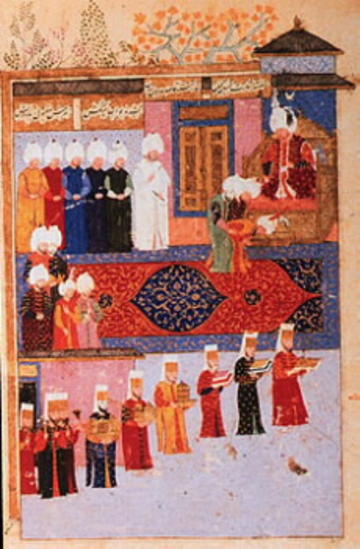 Space has established itself as a useful analytical category for understanding early modern mentalities. ‘Space’ can be real or imagined.  It can denote a physical location, such as a church or a home, or embody an abstract geographical or political understanding, such as the nation or the empire.  In all these guises, ‘space’ is not just a geographical phenomenon, but a reflection of social, political, and cultural relationships that are historically contingent. Geographical notions of space were defined by cartographers or explorers. In local contexts space was given meaning by those who used it, its meanings actively constructed and manipulated.

This conference adds to current research by focusing specifically on spaces that were shared and formed sites of exchange between different groups. It welcomes papers that consider different types of spaces – sacred and profane, urban and rural, public and private, as well as the different groups that encountered each other within these spaces - different religious groups, ethnicities, genders. Examples of such shared spaces include sacred spaces shared by multiple confessions, inns and taverns, where men and women interacted with one another, courts where foreign ambassadors were received or border towns which were frequented by different nationalities and ethnicities.

How were shared spaces regulated? How did the meaning of a shared space change at different times?

How was the meaning of a space changed by those who used it?

How did the experience of shared spaces inform social relationships outside of them?

What strategies did individuals or groups use to legitimise their use of the space?

How did understandings of geographical space affect the use of
local spaces?

How did material and visual cultures define the uses of a shared space?

This conference intends to place these questions in a transnational and interdisciplinary context and therefore we are particularly keen to accept proposals from those working on non-European spaces and those outside of the field of history.

This conference is generously supported by The German History Society, The Society for Renaissance Studies, TORCH and the History Faculty is included or that their logos are displayed (like in the CfP).