Members of the TORCH Network, ‘Comics and Graphic Novels: The Politics of Form’, recently attended the third Lakes International Comic Art Festival (LICAF) 2016, which took place in Kendal in the Lake District from 14th to 16th October 2016. Having just hosted their first event on Thursday 13th October with V For Vendetta artist David Lloyd at the Pitt Rivers Museum, the TORCH Comics Network had a stall at the festival and sought to promote their seminar series, as well as to learn more about the academic study and public reception of comics in both the UK and abroad.

The weekend began with a series of talks on the Friday afternoon, which brought academics into dialogue with comics artists, scholars, students and readers, before the festival’s official launch event on Friday evening. This event pitched high-profile comics-related speakers, including Benoit Peeters (holder of the first comics professorship to be appointed in the UK at Lancaster University), Charlie Adlard (author and artist of groundbreaking comic The Walking Dead), and Peter Kessler (the generous funder of our very own TORCH Comics Network), against one another in a debate over which is the greatest comics series: Tin Tin or Asterix. A fun and at times heated discussion ensued, followed by the announcement of Charlie Adlard as the UK’s new Comics Laureate, who takes over from Dave Gibbons, artist of the landmark comic Watchmen and the first to hold the post.

On the Saturday and Sunday the TORCH Comics Network had their own stall alongside many others, comprised of other comics groups promoting their exciting work and, of course, numerous comics artists selling their art, graphic novels and comics pamphlets. The small town of Kendal was transformed into a comics festival, its public spaces filled with stalls and its shopfronts littered with references to comics and exhibiting comic art, and even the occasional cosplay fan.

Members of the TORCH Comics Network attended a number of events, including an animated talk from Guardian cartoonist and satirist Martin Rowson, who also did a resident graffiti on one of Kendal’s side streets, and an interview with Craig Thompson, author of several graphic novels including Blankets and Habibi.

The weekend was a terrific success and our warm thanks go out to Aileen McEvoy and the other organisers of LICAF who made it possible. The TORCH Comics Network feels well and truly launched, and we look forward to our many future seminars and to building further relations with comics scholars and fans across the UK and beyond in the coming months. 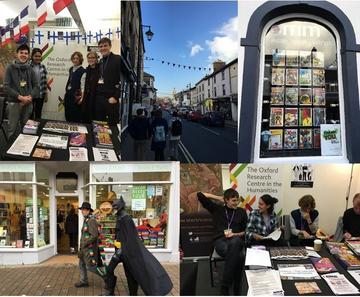 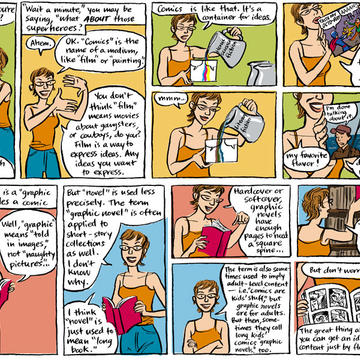