Where an Object Holds its Meaning, Part Two

A response to a postgraduate training day in object-based research methods at the Pitt Rivers Museum.

“What is the object telling you?”

“At the bottom of the totem pole is a crayfish, in the middle a bear, then a bird and finally, at the top, some kind of detachable wing. So maybe it’s a kind of theological order, a spiritual object?”

“Okay. But what is the object telling you?”

“Or a family genealogy.”

“But what is the object telling you?”

“It might be. But what is the object telling you?”

Wood. It is made of wood carved into the shape of claws, teeth, and wings. It’s covered in paint. Red and black house-paint. Red paint first and then the black and finally ice-blue on the claw-tips (“See how it runs over this bit of black, here? That’s how you can tell.”)

It has been created. Not grown, not picked: created. It is too imperfect to be machine-made, its surface so smooth (just the faintest of marks on the patina) it implies a practiced hand. But its size… it’s so much smaller than the totem poles I’ve seen in books it might almost be a tourist souvenir but ah, there I go again: speaking for the object instead of listening to what it’s telling me.

The material facts that objects tell are important. The intricate, well-practiced carvings of a totem pole made miniature and daubed with cheap house-paint communicate something in their juxtaposition that doesn’t need unpacking. At least, not in English.

When a native community touches its missing objects like the totem pole, the curator tells us, words come out from where they’d been lost. The haptic-receptors and the neuro-receptors fire up and the songs and objects and things locked away undo, restoring the language. Where it can’t be restored, new words can be made out of the traces, slotted into place to make the language fuller than it was before, marking the gaps.

The Haida people from the West Coast of North America were told to stop making their cultural objects—to stop making culture. Singing was illegal. Dancing illegal. Sewing and carving were illegal unless you sold the bags and totems to tourists. Souvenirs became a place to pack knowledge, sites of material memory as history died away. A place of resistance hidden in plain sight. But there I go again, speaking for an object, for a whole people, instead of listening to what it’s telling me: wood, red and black house-paint, a touch of ice-blue on the claw-tips and teeth.

Mariah Whelan is a poet and PhD Researcher at Manchester University. You can find out more about her writing at mariahwhelan.com or follow her on twitter @MWhelanWriter. 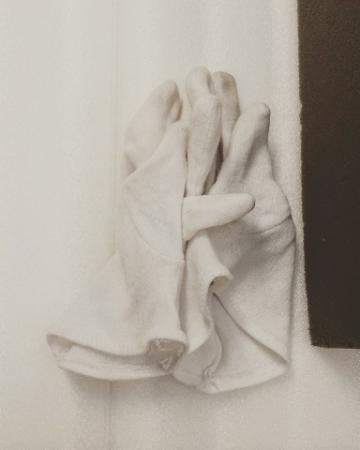