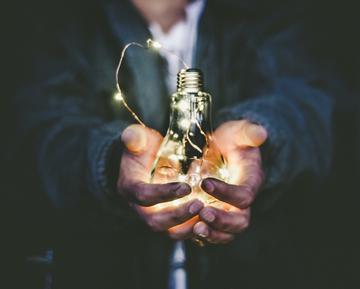 How do the humanities engage with business, and vice-versa? And what might this relationship lead to in the future? This panel will explore the reciprocity – existing and potential – of business and the humanities, considering the contribution humanities researchers and graduates can make to the business world and how the humanities might benefit in return.

Don Drakeman has been an entrepreneur and venture capitalist in the life  sciences for many years.  A lawyer with a PhD in the humanities, he has also written extensively about religious history and constitutional law. His book, Why We Need the Humanities, will be published later this year.  He is currently Distinguished Research Professor in the Program on Constitutional Studies at the University of Notre Dame, and a Fellow in Health Management at the University of Cambridge.

Elleke Boehmer is Professor of World Literature in English. She has published Colonial and Postcolonial Literature (1995, 2005), Empire, the National and the Postcolonial, 1890-1920 (2002), Stories of Women (2005), and Nelson Mandela (2008). She is the author of four acclaimed novels, including Screens again the Sky (short-listed David Hyam Prize, 1990), Bloodlines (shortlisted SANLAM prize), and Nile Baby (2008), and the short-story collection Sharmilla and Other Portraits (2010). A book on ‘Empire’s Networks’ and a new novel, The Shouting in the Dark, are forthcoming.

Sally Maitlis is a Professor of Organisational Behaviour and Leadership at Saïd Business School, University of Oxford. Her areas of expertise include sensemaking in organisations, trauma and adversity at work, and processes of personal growth. Sally conducts research in a range of public and privatesector organisations, with a particular interest in the cultural industries,studying symphony orchestras, dancers, and other creative professionals. She specialises in qualitative research, closely observing individual, team and organisational processes as they unfold in real time, and analysing these processes through talk and text.

Howard Hotson is Professor of Early Modern Intellectual History at the University of Oxford. His work on transnational networks of intellectual exchange in the post-Reformation period has drawn him into two related experiments in using digital technology to facilitate radically multilateral scholarly collaboration: the Oxford-based research project, 'Cultures of Knowledge: Networking the Republic of Letters, 1550-1750' and COST Action IS 1310, ‘Reassembling the Republic of Letters, 1500-1800’.  His interest in the cultural and institutional foundations of traditions of intellectual innovation has prompted him to engage in current higher education policy debates at a national and international level.  A book, provisionally entitled When Universities Go to Market, is in preparation.

Image: The Moneylender and his Wife, The Yorck Project, Wikimedia Commons