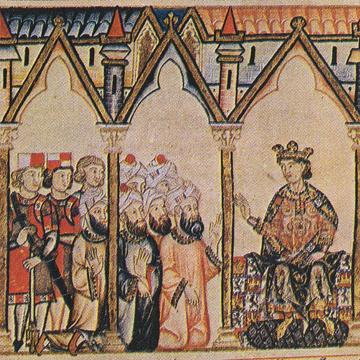 Jerrilynn Dodds is Harlequin Adair Dammann Chair in the History of Art at Sarah Lawrence College. Prof. Dodds' scholarly work has centered on issues of transculturation, and how groups form identities through art and architecture. Among her publications are: Arts of Intimacy: Christians, Jews and Muslims in the Making of Castilian Culture, co-authored with Prof. Mara Menocal and Abigail Krasner Balbale; Architecture and Ideology of Early Medieval Spain; and New York Masjid, the Mosques of New York City.  She was editor of the catalogue  Al Andalus:  The Arts of Islamic Spain (Metropolitan Museum of Art) and served as curator of the exhibition of the same name, at the Alhambra in Granada and in New York;  co-editor and curatorial consultant of The Arts of Medieval Spain (with Little, Moralejo and Williams, Metropolitan Museum of Art); co-editor and consulting curator for Convivencia. The Arts of Jews, Christians and Muslims in Medieval Iberia (ed., with Glick and Mann, 1992); and, with Edward Sullivan, co-editor and curator for Crowning Glory, Images of the Virgin in the Arts of Portugal( Newark Museum). She has written and directed films in conjunction with museum exhibitions (Journey to St. James (MMA); An Imaginary East (MMA); NY Masjid (Storefront) and for wider audiences (Hearts and Stones: The Bridge at Mostar). Professor Dodds was the recipient of the Cruz de la Orden de Mérito Civil (Cross of the Order of Civil Merit) from the Government of Spain (2018).