In Everyone's Interests: What It Means to Invest in the Humanities 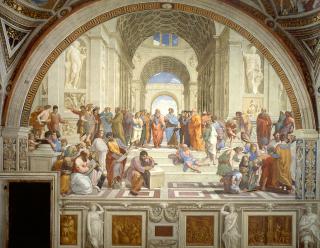 IN EVERYONE’S INTERESTS: WHAT IT MEANS TO INVEST IN THE HUMANITIES

***The event has now taken place, but you can watch it again here***

The opening event of a special series, The Humanities and the Public Good, bringing together leading scholars from the arts and sciences and beyond to consider the role of the Humanities in addressing contemporary challenges.

The opening event begins with a short presentation by Professor Earl Lewis, President of the Andrew W. Mellon Foundation, called In Everyone’s Interests: What it Means to Invest in the Humanities, followed by responses from, and a round-table discussion involving, one of the UK’s most eminent scientists, the chief arts writer from the Guardian, a renowned author and the director of a higher education policy think tank.

This event is designed for audience participation and we hope there will be a lively discussion. If you have a question you would like to put to the panel please send it to: torch@humanities.ox.ac.uk.

Registration is now closed, but we expect there will be seats available on the day.

Before joining the Mellon foundation Earl Lewis served as Provost and Executive Vice President for Academic Affairs and the Asa Griggs Candler Professor of History and African American Studies at Emory. In recent years Mr. Lewis has championed the importance of diversifying the academy, enhancing graduate education, re-visioning the liberal arts, exploring the role of digital tools for learning, and connecting universities to their communities.

The author and co-editor of seven books as well as the eleven-volume The Young Oxford History of African Americans, he has written numerous essays, articles, and reviews on different aspects of American and African American history.  Among his books are the critically recognized, In Their Own Interests: Race, Class and Power in 20th Century Norfolk (University of California Press, 1991); the award-winning To Make Our World Anew: A History of African Americans (Oxford University Press, 2000); and the widely acclaimed Love on Trial: An American Scandal in Black and White (WW Norton, 2001).  His most recent books are The African American Urban Experience: Perspectives from the Colonial Period to the Present, (2004), and Defending Diversity: Affirmative Action at the University of Michigan (2004).

Earl Lewis has been a member of several academic and community boards, founding co-editor of the award-winning book series American Crossroads (University of California Press) and, since 2008, a fellow of the American Academy of Arts and Sciences.

Charlotte Higgins is the Guardian's chief arts writer, contributing to its news, features, op-ed, literary and cultural coverage. At the moment, she is working on a major long-form project about the BBC.

Charlotte began her career in journalism on Vogue magazine in 1995 and moved to the Guardian in 1997. She joined the arts desk in 1999, and the following year became classical music editor. In 2004 she moved to the Guardian's newsroom to become arts correspondent, reporting on culture around the UK as well as covering stories in Venezuela, the US, China and the West Bank.

A classicist by education, Charlotte is the author of three books on aspects of the ancient world. The most recent, Under Another Sky: Journeys in Roman Britain, was shortlisted for the 2013 Samuel Johnson prize for non-fiction. In 2011 she was elected to the council of the Roman Society. She is an associate member of the Corpus Christi College Centre for the Study of Greek and Roman Antiquity, at the University of Oxford, and was awarded the 2010 Classical Association prize.
She is a regular contributor to BBC radio, and has served as a judge on awards including the Art Fund Museums prize and the Contemporary Art Society award. In her spare time she plays violin.

Nick Hillman is the Director of HEPI (The Higher Education Policy Institute). He worked for the Rt Hon David Willetts MP, the Minister for Universities and Science, from 2007 to 2013, as Chief of Staff and then Special Adviser. Previously, he was a History teacher and worked at the Association of British Insurers.

Hermione Lee is a literary critic and biographer who has written books on Virginia Woolf, Edith Wharton, Penelope Fitzgerald, Willa Cather, Elizabeth Bowen and Philip Roth, as well as a Very Short Introduction on Biography for OUP. She has taught English Literature at William and Mary, Liverpool, and York Universities. From 1998-2008 she was the Goldsmiths' Chair of English Literature and Fellow of New College at the University of Oxford.

In 2008 she was elected President of Wolfson College, Oxford. She is a Fellow of the Royal Society of Literature, a Fellow of the British Academy and of the American Academy of Arts and Sciences, and an Honorary Fellow of St Hilda's, New, and St Cross Colleges, Oxford. She has Honorary Doctorates from Liverpool and York University and from King’s College London. In 2013 she was made a Dame for services to Literary Scholarship.

Professor Marcus du Sautoy, OBE is a Professor of Mathematics at the University of Oxford. In October 2008, he was appointed to the Simonyi Professorship for the Public Understanding of Science, succeeding the inaugural holder Richard Dawkins. He has been named by The Independent on Sunday as one of the UK's leading scientists. In 2001 he won the Berwick Prize of the London Mathematical Society, which is awarded every two years to reward the best mathematical research by a mathematician under forty.

He is known for his work popularising mathematics. He writes for The Times and The Guardian and has appeared several times on BBC Radio 4 and on television. He presented the television programme, Mind Games and also appears on the TV series School of Hard Sums with Dara O'Briain, where he sets three mathematical questions with a real world application, for Dara O'Briain and a guest to solve, using mathematical and experimentation methods respectively.