Women, Storytelling, Silence and War: a Conversation with Olivia Katrandjian 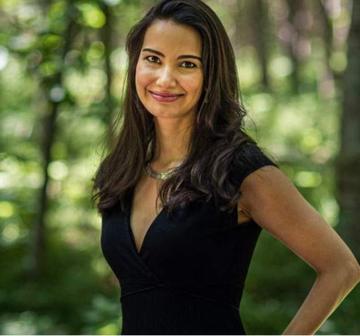 Brought to you by the Oxford Network for Armenian Genocide Research.

A people is defined by its stories. And, perhaps, its silences. What stories do we want to tell, and how can we ensure those stories are heard?

Suzan Meryem Rosita will speak with Olivia Katrandjian, a student on the MSt in Creative Writing course and founder of the International Armenian Literary Alliance, about the role of storytelling in illuminating often overlooked roles of women in conflict, and how literature allows us to imagine a future after war. They will discuss the importance of building a global Armenian literary community and announce a joint essay contest called Question Your Teaspoons.

Olivia Katrandjian is an Armenian-American writer and journalist with a background in reporting and documentary filmmaking. She is the founder and President of IALA. She has worked in Thailand, Armenia, and New York, and her reporting has appeared in the New York Times, the Los Angeles Times, the BBC, PBS, ABC News and Quartz, among other outlets.

In 2016, she moved to Luxembourg to write The Ghost Soldier, a historical novel based on the Ghost Army, an artistic deception unit in the Second World War. The manuscript was awarded second place in the National Literary Prize of Luxembourg in 2019. In 2020, Olivia was longlisted for the Bristol Short Story Prize. She is currently pursuing a graduate degree in creative writing at Oxford University, and is a 2021 Creative Armenia-AGBU fellow. Her work is forthcoming in an anthology of Armenian Diasporan writers published by the University of Texas Press.

Suzan Meryem Rosita is a Gulbenkian Postdoctoral Fellow at the Faculty of History at Oxford. She is also the founding Director of the Oxford Network of Armenian Genocide Research and one of three conveners of the Silence Hub. Her forthcoming monograph Reading Silences: Essays on Women, Memory and War in 20th Century Turkey (under contract with Degruyter) discusses how the subject of the Armenian genocide—despite being absent from Turkey’s national narrative—returns as a contemporary discourse which revolves around ‘what is spoken about but not said, and what is not said but is spoken about’. It explores the relationships between silence, voice and power in historical narratives.