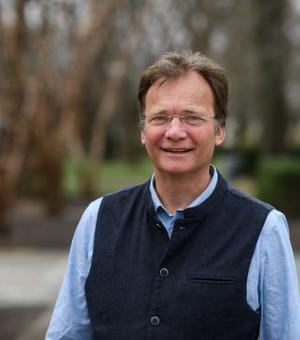 Helmut Reimitz studies the history of the Early Middle Ages in Europe focusing on the political and social transformations of the Latin West from the end of the Roman Empire to the Carolingian Empire (ca. 4th -10th cent.).

Before coming to Princeton in September 2008, he was the head of the Early Medieval Department at the Institute for Medieval Research of the Austrian Academy of Sciences, one of the European Centers for Early Medieval Studies. Currently he is writing a book on conceptions of identity and ethnicity in the Frankish world (Historiography of the future: History and Identity in the Frankish Kingdoms) investigating the variety of models developed for the Frankish community in the Merovingian and Carolingian kingdoms by historiographical texts and their manuscript transmissions from the end of the sixth century to the tenth. In this study he not only discusses the varying and competing identity processes that were linked with the name of the Franks, but also shows how processes of social and cultural experimentation with the name and meaning of ‘Frank’ created blueprints for ethnic and national identity, which Europe was to develop successfully in the following centuries.

Helmut Reimitz is a member of numerous international networks and research groups on early medieval history, among them the European Science Foundation Project on the “Transformation of the Roman World”, “Texts and Identities in the Early Middle Ages” (cooperation of the Universities of Cambridge, Sorbonne, Utrecht, Leeds and Vienna), “Rulers, History and Exegesis. The formation of a political identity in the Carolingian Empire” (at the Netherlandish Institute for Advanced Studies), and the ”Networks of Editors of Historical Sources” (with the Institute for Historical Research, London; École nationale des chartes, Paris; Academie royale d’ histoire, Brussels; Institute for Netherlandish History, Den Haag and the Institut für Mittelalterforschung, Austrian Academy of Sciences, Vienna). He has edited a number of volumes on the history and the meaning of the early Middle Ages, of which the most recent are: Vergangenheit und Vergegenwärtigung. Frühes Mittelalter und Europäische Erinnerungskultur (Forschungen zur Geschichte des Mittelalters 13, Vienna 2009, in print); Staat im frühen Mittelalter (Forschungen zur Geschichte des Mittelalters 10, Vienna 2006); The construction of communities in the early middle ages – Texts, resources and artifacts (The Transformation of the Roman World 12, Leiden 2003).