Performing the Past: Opera and Ancient Egypt Contributors 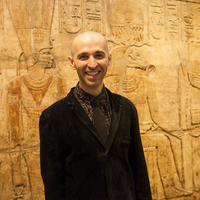 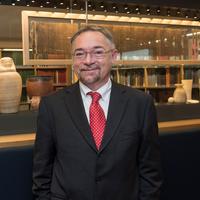 Professor of Egyptology; Fellow of The Queen’s College

Richard Bruce Parkinson studied Egyptology at Oxford, before becoming a curator in the Egyptian department at the British Museum for over twenty years, where projects included the display of the Rosetta Stone and the Nebamun wall-paintings. Since 2013 he has been Professor of Egyptology at Oxford and a fellow of The Queen's College. His research interests centre round the interpretation of ancient Egyptian poetry of the classic age, and he works on material contexts, actors’ perspectives, and modern receptions, as well as issues of performance practice, cultural power and sexuality. Drawing on his research on the subaltern aspects of ancient poems, he publishes on LGBTQ history across world cultures. He is currently co-director of the Griffith Institute; together with Daniela Rosenow, he is curating the Tutankhamun archive exhibition, and has edited the accompanying publication. 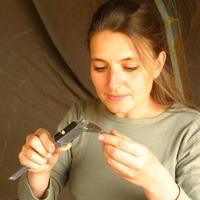 Daniela Rosenow studied Egyptology and Classical Archaeology at the Humboldt University Berlin where she also obtained her doctorate on Late Period sacred architecture. Over the last 20 years, she has taken part in excavation projects in Egypt and was also trained in the application of Archaeological Science during a postdoctoral Marie Curie fellowship at UCL's Institute of Archaeology, where she specialised on the study of Roman, Late Antique and Early Islamic glass from Egypt and Sudan. Having spent extended periods of research within museum collections in the UK and USA, she worked as the project curator for the British Museum's exhibition Sunken Cities. Egypt's Lost Worlds. Between 2017 and 2020 Daniela directed the German Archaeological Institute's excavation project at Dahshur. In February 2021 Daniela joined the Griffith Institute, University of Oxford, where she is responsible for the curation of the upcoming exhibition “Tutankhamun – Excavating the Archive“ (Weston Library, 14.04.2022 – 05.02.2023). The exhibition celebrates the 100th anniversary of the discovery of the tomb of Tutankhamun and based on Howard Carter's excavation records. 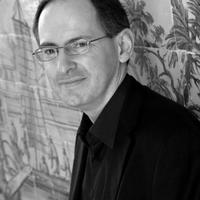 Owen Rees is a Reader in the Faculty of Music, Fellow, Tutor and Organist of The Queen’s College, and Senior Research Fellow of Somerville College.

Born in 1964, he read music at St Catharine’s College, Cambridge, where he held an Organ Scholarship. His postgraduate research was likewise undertaken at Cambridge, under the supervision of Peter le Huray and Iain Fenlon, and he completed his doctorate in 1991. He was Lecturer in Music at St Peter’s College and St Edmund Hall, Oxford, 1989-1991, and then Lecturer and — from 1996 — Reader in the Department of Music at the University of Surrey. He took up his current posts in Oxford in 1997, and was promoted to reader in 2006.

He is active as both scholar and performer, and these two areas of his work inform one another. His research is concerned principally with music from 1450 to 1650, particularly in Spain and Portugal, and in England. His monograph on the largest surviving collection of early Portuguese musical sources — from the Monastery of Santa Cruz in Coimbra — deals both with Portuguese repertories and with cultural and musical connections between Portugal and other countries. He has edited music by three of the most important Portuguese composers of the period, Manuel Cardoso, Pedro de Cristo and Duarte Lobo. His published work on Spanish music has included studies of the works of Cristóbal de Morales and Francisco Guerrero, including issues of emulation. He has also written on the sacred music of William Byrd.

Find out more about the Humanities Cultural Programme.