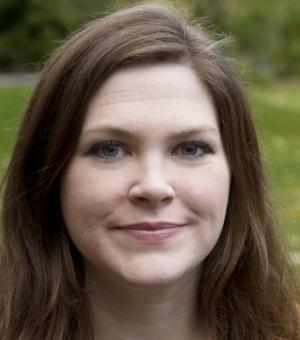 My research focuses on pre- and post-conquest English literature. I am completing a monograph, Faith and the Land in Early Medieval England, which examines how saints and relics are imagined as influencing the space around them, both in life and post-mortem, as well as the impact of the population's devotion (or lack thereof) on their environment. Faith and the Land begins by tracing the adaptation of inherited hagiographic models for an English context. The focus then moves to an examination of how the community as a whole was encouraged to modify their behaviour by writers exploiting the importance of agriculture in order to communicate Christian principals. The latter sections of the book present analysis of the implications of established associations between Christian obedience and the security of the land for peoples and nations, which could be imaginatively exploited by writers such as the Beowulf poet. The project has led to an interest in Rogation practice, especially the corpus of Old English Rogation homilies, and in the post-conquest adaptation and appropriation of pre-conquest material.

I am also currently working on the image of King Alfred as English national ‘darling’, guide and font of wisdom in twelfth- and thirteenth-century proverb collections. I am attempting to illuminate the milieu from which these Early Middle English proverb collections emerge, particularly how they relate to the use and reception of the Distichs of Cato in early Medieval England. This work develops from an interest in Early Medieval ideas of knowledge, social health and mental discipline.

My research is interdisciplinary, drawing on historical, theological and art historical perspectives to contribute to our understanding of literature, and culture more broadly. My most recent article is a major piece in Anglo-Saxon England (2020) arguing that the mappa mundi found in British Library, MS Cotton Tiberius B.v is a visual representation of tenth-century Wessex’s expansionist ambitions. Other work includes a substantial article in Review of English Studies (2017) relating landscape description in Beowulf to discourses of land tenure; and a significant study of the twelfth-century poem Durham as propaganda for the cult of Cuthbert, which appeared in JEGP (2016). I have also published on architectural imagery in Middle English, Latin and Anglo-Norman lyric; on the adaptation of Classical and Late Antique poetry in Old English verse; and on metaphor and style in the Lives of St Guthlac. In addition, I recently co-edited a volume, Art and Mysticism: Interfaces in the Medieval and Modern Periods (Routledge, 2018), on art and the ineffable in medieval and medievalist works.

My next major project will be on representations and understandings of solitude, isolation and social health in Medieval Insular literatures and cultures. I am intrigued by how cultures which placed such emphasis on the community, yet viewed solitude as spiritually useful, conceptualised the emotional and intellectual effects of seclusion, particularly social isolation, and modelled ideal behaviours.

Together with colleagues in Archaeology, English and History and I coordinate ‘The Early Medieval Britain and Ireland Network’, fostering interdisciplinary scholarly collaboration within Oxford on Early Medieval Insular culture. I am also interested in the reception of and responses to the Psalms across cultures, and organise, with Professor Susan Gillingham (Theology) and Dr Francis Leneghan (English), ‘The Oxford Psalms Network’, an international interdisciplinary research network that arranges public events and performances, as well as fostering scholarly collaboration.

Together with Prof. Sue Gillingham (Theology) and Dr Francis Leneghan (English), I coordinate The Oxford Psalms Network, a TORCH Interdisciplinary Research Network on the Psalms.

I co-organised, together with Dr Louise Nelstrop (Faculty of Theology), the 2016 Mystical Theology Network Conference: 'Art and Articulation: Illuminating the Mystical, Medieval and Modern'. This international conference brought together scholars from a range of disciplines to explore the relationship between word and image.