Over the last month, the Syria and Silence project has seen an outpouring of activity following its launch event on the 16th October. Syria and Silence builds on the work of other TORCH projects such as Syrian Voices, the Armenian Genocide Network, and the Silence Hub, and provides space to reflect on the war in Syria. The project was curated by British Academy Postdoctoral Fellow and Pembroke College JRF Dr Suzan Meryem Rosita Kalaycı.

The launch included a performance by Dervish Sufi Dancers and introduced Maktabah, a pop-up library of books about Syria in Arabic, Kurdish and English that will be available in the Weston Library’s Blackwell Hall for the public to browse until the 28th November. 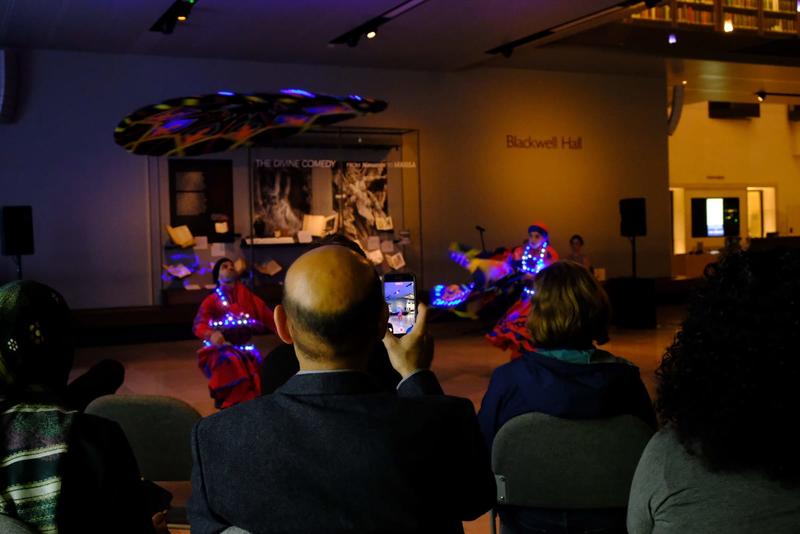 Alongside Maktabah, Blackwell Hall will host several events as part of the project’s ambitious and exciting literary festival, Syria Writes. Featuring some of the most prominent voices in Syrian literature, the free festival will allow the Oxford community to learn from and engage with the work of these authors. Highlights so far include the video Wonderland (2016) by Erkan Özgen, in which a deaf-mute boy called Muhammed uses gestures and sounds to describe the experiences his family went through when escaping the war in Syria; a film screening of Arwa, which tells the story of a young Syrian actress after her escape from Damascus; and talks with Khaled Khalifa and Dima Wannous, with conversations with Khaled Alesmael, Mamdouh Azzam, Itab Azzam and Samar Yazbeck still to come. 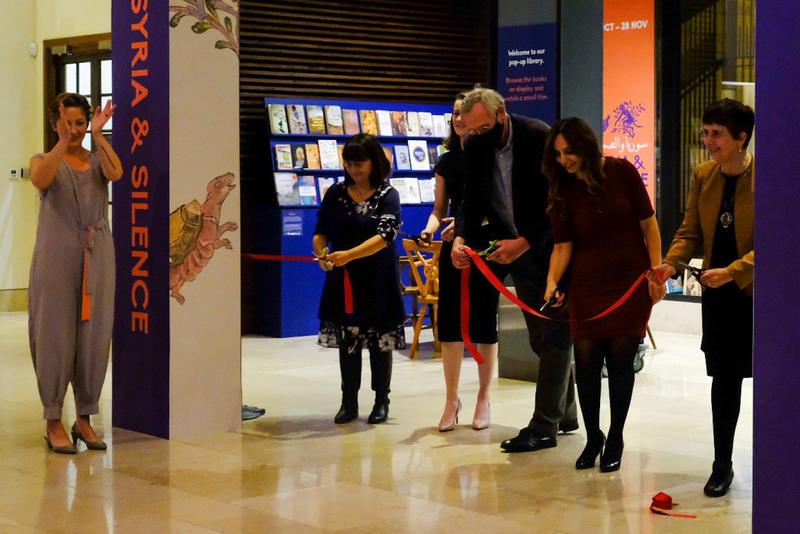 Syria and Silence also collaborated with local partners and children in the community to create a book given to Little Amal, the three and a half metre high puppet of a nine-year-old Syrian girl which has been travelling across Europe to raise awareness of the problems faced by young migrants. 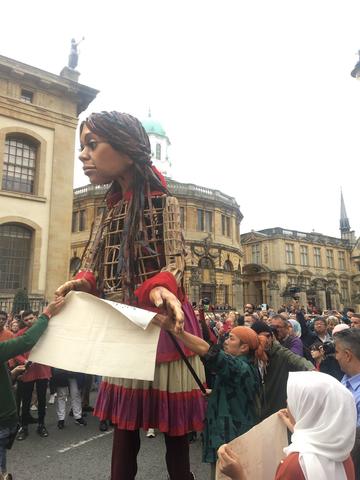 Find out more about Syria and Silence here.

Part of the Humanities Cultural Programme, one of the founding stones for the future Stephen A. Schwarzman Centre for the Humanities.