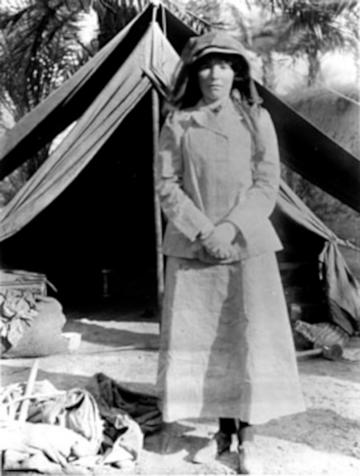 Mishka Sinha, ‘ “The East is a Career”: Oriental Studies and the Modern University in the Nineteenth Century’

Ben Grant is a Departmental Lecturer in English Literature at the Department for Continuing Education, University of Oxford. He has a background in Postcolonial Studies, having written his first book, Postcolonialism, Psychoanalyis, and Burton (2009) was on the Victorian explorer and translator, Richard Francis Burton. His second book, The Aphorism and Other Short Forms (Routledge, 2016) was a study of the theory and practice of the aphorism. He is now writing a book on the contemporary British-Jewish writer Jenny Diski.

Mishka Sinha is a Research Associate at St. John’s College and co-directs the project on St. John’s and the Colonial Past with Professor William Whyte. She is a cultural and intellectual historian of the modern period with wide interests and experience and her research focuses on the  history of orientalism and the transcultural history of knowledge in the context of colonialism and empire, in particular, the transfer of knowledge from Asia to Europe. Her undergraduate degree was at St. Xavier's College, Bombay, followed by an M.Phil at Lady Margaret Hall, Oxford and a PhD at Queens’ College, Cambridge. She has also studied at Emory University, Atlanta, GA, and was a Max Weber Fellow at the European University Institute, Florence, a Zukunftsphilologie Fellow at the Freie Universität, Berlin, and, most recently, a British Academy Postdoctoral Fellow at the Faculty of History, Cambridge which she held in conjunction with a Research Associateship at St. John’s College Cambridge.

Siobhan Daly is currently a student on the MSt in Literature and Arts at the University of Oxford. She has an MA from King’s College London and the Royal Academy of Dramatic Arts in Text and Performance, as well as a BA (Hons) in English and History from Goldsmiths College, University of London. She has an interest in post-colonialism and Oxford’s influence on Empire.

Elisabeth Grass is a DPhil student in the History Faculty, University of Oxford, and holds an AHRC Collaborative Doctoral Award with the National Trust. Through the prism of the country estate, her research focuses on the socio-cultural activities of West Indian slaveholders in Britain in the eighteenth century.  It offers perspectives on wealth derived from enslaved labour and its legacy in our built environment. Elisabeth works closely with the Colonial Countryside initiative and has given presentations and training to staff and volunteers in the heritage sector. A rare book specialist by profession, she is particularly interested in the colonial dimensions of collecting, and in the country house library as a repository of imperial knowledge.

Live on YouTube - you can view this event here