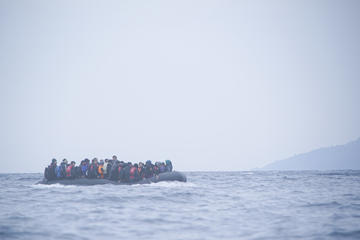 This panel has been organised by Common Ground, Oxford, which is a student organisation in the University of Oxford that seeks to examine Oxford's colonial past, and engage with activist organisations in the city. For more information about Common Ground, see their website: https://commonground-oxford.com/

Meera Sabaratnam is Senior Lecturer in International Relations in the Department of Politics and International Studies. Her research concerns the colonial and postcolonial dimensions of world politics, both in theory and practice. She has recently published on the workings of the international aid system in an award-winning open access monograph Decolonising Intervention (Rowman & Littlefield International, 2017), and on racism, Eurocentrism and whiteness in IR and critical pedagogy. At SOAS she has served as the Chair of the Decolonising SOAS Working Group and the Academic Senate. In the former role she has worked extensively on what it means to 'decolonise' learning and teaching and the wider university environment. She is a Senior Fellow of the Higher Education Academy.

Saadia Gardezi is a journalist and political cartoonist from Pakistan. She is the co-founder of Project Dastaan, an organization that records oral histories of survivors from the Partition of India and Pakistan in 1947, and reconnects these survivors to their ancestral homes across the India-Pakistan-Bangladesh borders using VR and other new technologies. Project Dastaan was started in Oxford in 2018 when Saadia was a Weidenfeld-Hoffman Scholar at St Edmund Hall reading for MPhil Modern South Asian Studies. She is currently a PhD student and Chancellor's Scholar at Warwick University, UK.