Oxford and Empire: Voyages and Voyagers 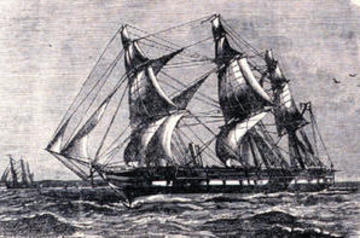 Nandini Das is Professor of Early Modern Literature and Culture at the University of Oxford. She works on Renaissance literature and cultural history, with special emphasis on travel and cross-cultural encounters, and issues of migration and belonging. She has edited and written on sixteenth and early seventeenth century romance and prose fiction in Robert Greene’s Planetomachia (2007), and Renaissance Romance: The Transformation of English Prose Fiction, 1570-1620 (2011), among others, and published widely on travel and cross-cultural encounter. Most recently, with Tim Youngs, she co-edited The Cambridge History of Travel Writing (2019), which covers global Anglophone and non-Anglophone travel writing from antiquity to the internet. She is volume editor of Elizabethan Levant Trade and South Asia in the forthcoming edition of Richard Hakluyt’s The Principal Navigations, to be published by Oxford University Press, and project director for ‘Travel, Transculturality and Identity in Early Modern England’ (TIDE), funded by the European Research Council. She regularly presents television and radio programmes on topics related to her research

Emily Stevenson is a doctoral candidate at the University of Oxford. Her research focuses on reconstructing the networks, both textual and social, which surrounded late sixteenth century English travel writers. Her doctoral work focuses particularly on Richard Hakluyt, the editor of both editions of The Principal Navigations, Voyages, Traffiques and Discoveries of the English Nation, a major source for the history of Elizabethan travel and narratives of early English empire. She is also a member of TIDE (Travel, Transculturality and Identity in England c.1550-1700), an ERC funded project based at the University of Oxford.

Kaori Nagai is a Lecturer in Victorian Literature at the University of Kent. She specialises in colonial discourses of the 19th and early 20th centuries, and her recent research focuses on the intersections between animal studies and postcolonial studies. She is the author of two monographs: Empire of Analogies: Kipling, India and Ireland (2006), and more recently, Imperial Beast Fables: Animals, Cosmopolitanism, and the British Empire (2020). She has also edited, with an introduction and notes, Kipling’s Plain Tales from the Hills and the Jungle Books for Penguin Classics, and co-edited  Kipling and Beyond: Patriotism, Globalisation and Postcolonialism (2010). She is a founding member of the Kent Animal Humanities Network, and edited a collection of essays entitled Cosmopolitan Animals (2015, chief editor) with five animal studies colleagues at Kent.

Claire Chambers is Professor of Global Literature at the University of York. She is the author of British Muslim Fictions (2011), Britain Through Muslim Eyes (2015), and Making Sense of Contemporary British Muslim Novels (2019). She has also published a collection of her essays entitled Rivers of Ink (2017). Finally, she co-edited Imagining Muslims in South Asia and the Diaspora (2015) and A Match Made in Heaven (2020), edited Desi Delicacies: Food Writing from Muslim South Asia (2021; forthcoming) and co-authored Storying Relationships: Young British Muslims Speak and Write about Sex and Love (2021; forthcoming). Not only is she known for her writing on literary representations of Muslims in Britain and South Asia, but also for her work on the Bengali writer Amitav Ghosh. She has published widely on Ghosh's writing in such journals as Postcolonial Text, ARIEL, and Wasafiri. Her research has been supported by funding from HEFCE, the British Academy, the Leverhulme Trust, and the AHRC. Claire is a member of the Royal Society of Arts, acts as Editor-in-Chief (with Rachael Gilmour) of the Journal of Commonwealth Literature, and writes a regular column for Dawn’s Books & Authors.